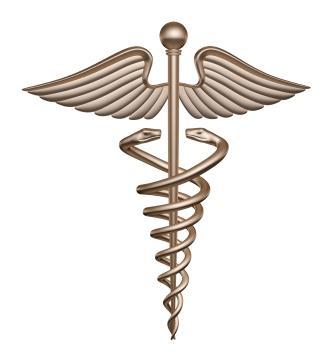 In 1998, there was a shooting at the Capitol in Washington DC. A man named Russel Wilson, Jr. came into the Capitol building and opened fire. Two officers were shot, as well as a tourist. The gunman was also shot multiple times.

There was some time ago, but back in '98, Tennessee's own Bill Frist was a senator that had just left a session when he heard the news of the shooting happening. If the name Frist doesn't ring a bell with you, he's part of a family of very famous physicians. His father and brother were two of the founders of HCA. Frist was also a cardiologist at Vanderbilt and did around 200 heart transplants over the course of his career.

But, I digress. When he heard that some people were hurt, he rushed over to the Capitol building. He immediately rushed to the aid of one of the officers. The officer had been shot in the face, but Frist did his best to keep his heart going and his airway clear. After the officer's heart started beating and was in the ambulance, Frist went back in to help the other victims. As he began CPR on the next victim, he realized that this person could be and probably was the shooter. But, Frist didn't stop. He even rode in the ambulance doing chest compressions the entire way to the hospital, saving the man's life. Unfortunately, the wounds of the two officers did too much damage, and neither survived. So, when Frist was asked about how he felt about saving a man who had shot and killed two innocent police officers, many people were surprised with his response. He said that he was a physician first and if someone is hurt, then his job is to help them.

If you didn't already know, physicians take an oath to care for and protect patients. It doesn't matter who the person is, where they are from, what they have done, or what the person has. If the person is their patient, they swear to help them. It's called the Hippocratic Oath, and it's been around for over 1500 years. So what does that have to do with us? We also have a responsibility to help and protect patients. Being the massive dork that I am, I thought it would be fun to twist the Hippocratic Oath into a HIPAA-cratic Oath. So, here goes:

"I swear to fulfill, to the best of my ability and judgment, this covenant:

I will respect the privacy practices of those ROI specialists in whose steps I walk, and gladly share such knowledge as is mine with those who are to follow.

I will apply, for the benefit of the patient, all measures which are required, avoiding those twin traps of over disclosure and non-disclosure.

I will remember that there is an art to ROI as well as science, and that warmth, sympathy, and understanding may outweigh the EHR's report printing feature or the paper chart's countless staples.

I will not be ashamed to say "Let me check on that for you," nor will I fail to call in my colleagues when the skills of another are needed for a patient's medical records release.

I will respect the privacy of my patients, for their problems are not disclosed to me that the world may know. Most especially must I tread with care in matters of releasing and not releasing records. If it is given me a valid authorization to release records, all thanks. But it may also be within my power to deny an invalid release; this awesome responsibility must be faced with great humbleness and awareness of my own frailty. Above all, I must not play at the ROI Gods.

I will remember that I do not just release an office note or a lab flow sheet, but a sick human being's past and present, whose illness may affect the person's family and economic stability. My responsibility includes these related problems if I am to care adequately for those requesting records.

I will prevent breaches whenever I can, for prevention is preferable to mitigation.

I will remember that I remain a member of society, with special obligations to all my fellow human beings, those aware of HIPAA as well as those who are not.

If I do not violate this oath or any HIPAA regulations, may I enjoy life and art, respected while I work with PHI and remembered with affection there after. May I always act so as to preserve the privacy and security responsibilities of my role at (your facility) and may I long experience the joy of releasing records of those who request them."

I hope you will take this to heart, and pledge this oath as well.