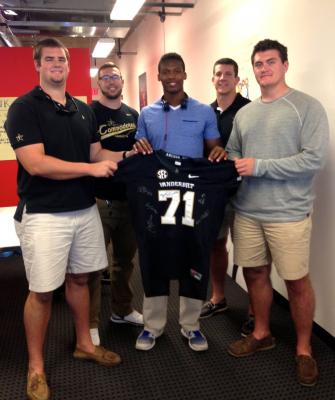 Learning and Growth from Both Sides of An Internship

Three years ago, I had the opportunity to hire my first interns. Nashville Entrepreneur Organization had teamed up with Vanderbilt University and their football program to offer their players paid internships at our local businesses. Personally, I have no interest in sports and at that time, I honestly didn't want to "deal" with hosting football players as interns. It just did not seem like a great fit, at least from my perspective. Nevertheless, something told me I needed to go to the initial meeting and at least hear what was being presented. After understanding the vision that Vanderbilt Football Coach Derek Mason and Nashville EO President Alan Young explained, I just knew immediately that I needed to be involved. 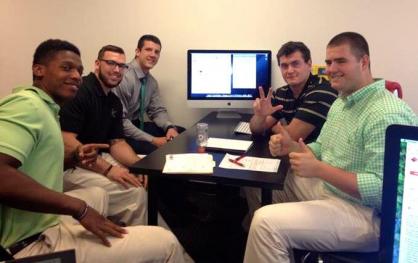 In the following weeks, the football players would interview different EO businesses to find the best fit for each of them and their respective majors and academic interests. I would end up personally interviewing five candidates and I was very honest with them from the beginning. I did not watch football and I did not follow their local fame - I explained that they would not be given special treatment and the same expectations would be required of them as with an intern or employee at MediCopy.

Even though they walked away from their internships with better job knowledge, the interns definitely made me a better person in the end.

As their internships began, my employees and I quickly realized how hard working the Vanderbilt interns were, both on and off the field. They would practice twice daily, in the early morning hours and again in the evenings, all while working a 6-8 hour day at MediCopy. They never complained and did their intern duties to the very best of their abilities. Because of the dedication I witnessed, I made sure that they would receive a wonderful interning experience.

During their 12-week internship at MediCopy, the Vanderbilt interns worked in our Human Resources, Marketing, Accounting and Account Management departments and the employees were super impressed by their goal-oriented mindsets and drive to do well. One intern, recently drafted to the Arizona Cardinals, helped rework our Policies and Procedures Guide and Employee Handbook. Another intern, recently drafted to the Denver Broncos, helped facilitate new and improved workflows to our Accounts Receivable department. A third intern was so successful at his position, he was offered and accepted a full-time job as our head Project Coordinator. 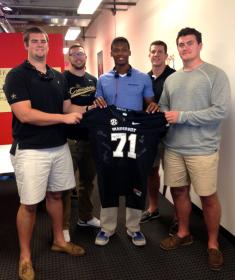 It was extremely hard to part ways with the interns at the end of their 12-week internship. I genuinely thought I would be solely teaching them, but they taught me a lot as well. Even though they walked away from their internships with better job knowledge, the interns definitely made me a better person in the end. I wrote a letter to send to each intern's parents to let them know what fine young men they have raised and how proud they should be.

The following fall, I attended many of their football games. Even though I am still not a football fan, I am a fan of them for life.